What is IoT or Internet of Things

Home IoT What is IoT or Internet of Things
  
IoT

Internet of Things (IoT) is an ecosystem of a vast network of connected physical objects that are accessible through the internet. The ‘thing’ in IoT is a physical device, vehicle, home appliance and or any other device embedded with electronics, software, sensors, actuators, and network connectivity which enables these objects to connect to the internet and exchange data. These devices have an assigned IP address and have the ability to collect and transfer data over the internet, with a unique differentiable ID. And, this is carried out without manual assistance or intervention. The embedded technology in the objects helps them to interact with internal states or the external environment, which in turn affects the decisions taken.

The concept of a network of smart devices able to interconnect, though not over the internet, was discussed as early as 1982, but the term “the Internet of things” was coined by Kevin Ashton, in a presentation he made to Procter & Gamble in 1999.

Here’s how Ashton explains the potential of the Internet of Things:

Today computers — and, therefore, the internet — are almost wholly dependent on human beings for information. Nearly all of the roughly 50 petabytes (a petabyte is 1,024 terabytes) of data available on the internet were first captured and created by human beings by typing, pressing a record button, taking a digital picture or scanning a barcode. The problem is, people have limited time, attention and accuracy — all of which means they are not very good at capturing data about things in the real world. If we had computers that knew everything there was to know about things — using data they gathered without any help from us — we would be able to track and count everything and greatly reduce waste, loss and cost. We would know when things needed replacing, repairing or recalling and whether they were fresh or past their best.

Radio-frequency identification (RFID) was considered as a prerequisite for the IoT at that point. This later lead to technologies such as near field communication, barcodes, QR codes, Bluetooth and digital watermarking.

Getting started with IoT

The basic requirements of the Internet of Things [IoT] is broadly divided into three constituents:

How does IoT work?

When we go through the history of IoT, we can see that it had emerged as a result of several complementary technological developments, providing solutions and capabilities to bridge the physical and virtual world.

Some of them are:

Did I take your head for a spin? Ok… let me rephrase it.

There will be a device with sensor(s) on board which is programmed to measure parameters. The device can collect these values which are communicated to a cloud, over the internet. These values are analyzed and used to take actions. This decisions are conveyed to an actuator, that too over the internet.

Let us make this idea concrete by taking an example… say, water tank in our home. Let us install a water level sensor in the tank and a motor control actuator at the water pump. Switch on the pump… let us initiate our thought process. 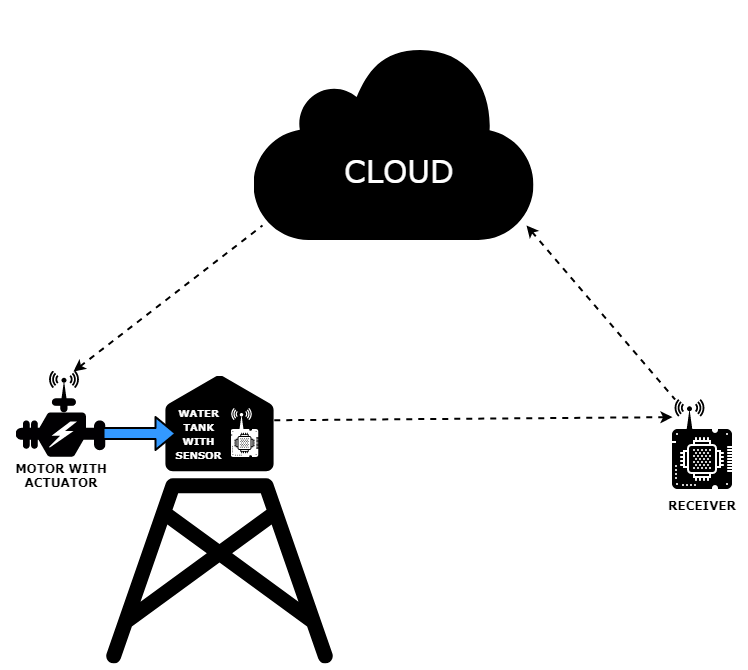 When the water level increases and reaches the top of the tank, the water level sensor communicates the information to the cloud, which has been programmed to take a decision (to turn off the motor). This decision is conveyed to the actuator and the actuator stops the motor, which prevents the tank from overflowing. All these tasks are done without the intervention of a human being and this is how an IoT device (sensor and actuator) works.

What led to the IoT boom?

The idea of connected devices was discussed and demonstrated very long time ago, still, it took decades to materialize. It was waiting for the rise of some technological superheroes.

What is an example of an Internet of Things device?

Pretty much any physical object can be transformed into an IoT device if it can be connected to the internet and controlled that way. A simple, light bulb that can be switched on remotely or using a smartphone app is an IoT device; as is a motion sensor or a smart thermostat in your office or a connected streetlight. An IoT device could be as cute as a child’s toy or as serious as a driver-less truck; or as complicated as a jet engine that has thousands of sensors collecting and transmitting data. Furthermore, at an even bigger scale, smart city projects are filling entire regions with sensors, to help us understand and actuators, to control the environment.

A smartphone connected to the internet is crammed with sensors, generating data and (might be) reporting the values to a server. Then, why is a smartphone not considered as an IoT device? Indeed a good question. The term ‘IoT’ is mainly used for devices that wouldn’t usually be generally expected to have an internet connection, that can communicate with the network independently of human action. For the same reason, neither a PC nor a smartphone is generally considered an IoT device. Rather, a smartwatch or a fitness band might be counted as an IoT device.

Being the technology considered as the future of technologies, it needs to have some protocols for standardization. Rather than trying to fit all the IoT protocols on top of existing architecture models like OSI Model, we can break the protocols into the following layers to provide some level of organization, along with some examples.

Criticisms and controversies over IoT

Every technology has its pros and cons, just like the two sides of a coin. Scholars, social observers and pessimists have doubts about the promises of the ubiquitous computing revolution. (Maybe we too have this feeling of being haunted or overlooked, don’t we?). Some of these areas are:

The digital era has introduced a lot of new changes, starting from the way we perceive data whereby introducing digital communication and networking. This has led to a boom in technologies which made the life of humanity easy. Now, we are heavily dependent on the internet, one of the major technologies that digital era brought. After the digitization of information, transport and communication, the conversion of real-world data gets the limelight. It makes automated tasks possible, whereby a better interaction with the real-world is possible. This is exactly what IoT does and this is why IoT will be the change.

Internet of Things is going through the first step of development and have a lot of potential development. A lot? What does a lot mean? Let us take a look at the numbers: 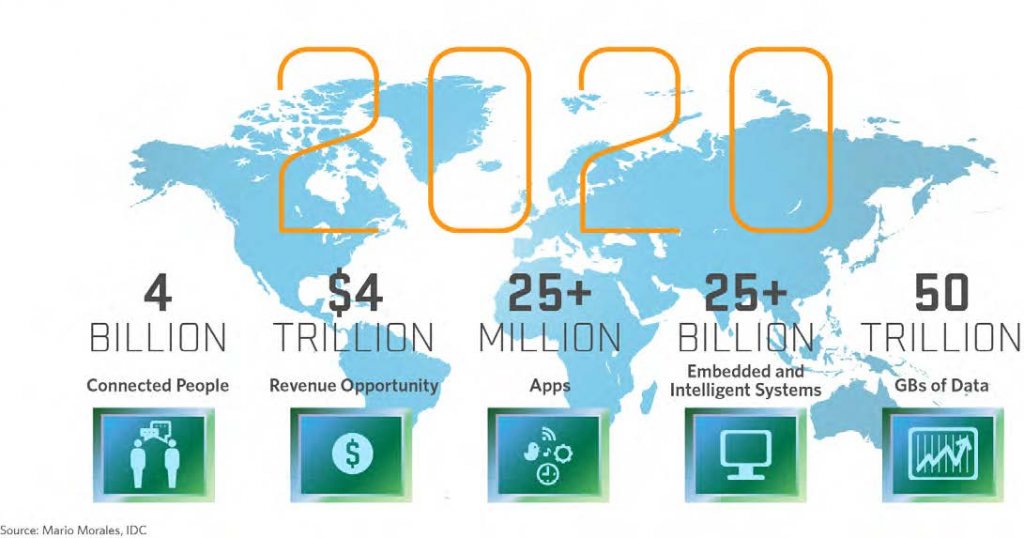 Yup… you read that right. Though this is not a projection that our company gives, this is one given by experts in the field. And yes… the number says it all. I think this is where I should stop… happy counting the zeros in the numbers.

The icons that I have used to create these illustrations are not mine. I sincerely thank the effort that the artists has put in to create such a wonderful piece of art. I thank draw.io for the awesome platform that they have offered.

SwarmSense is a Complete IoT platform for Data Collection, Processing, Visualizations and device management. It accelerates your connected product or service time to market.